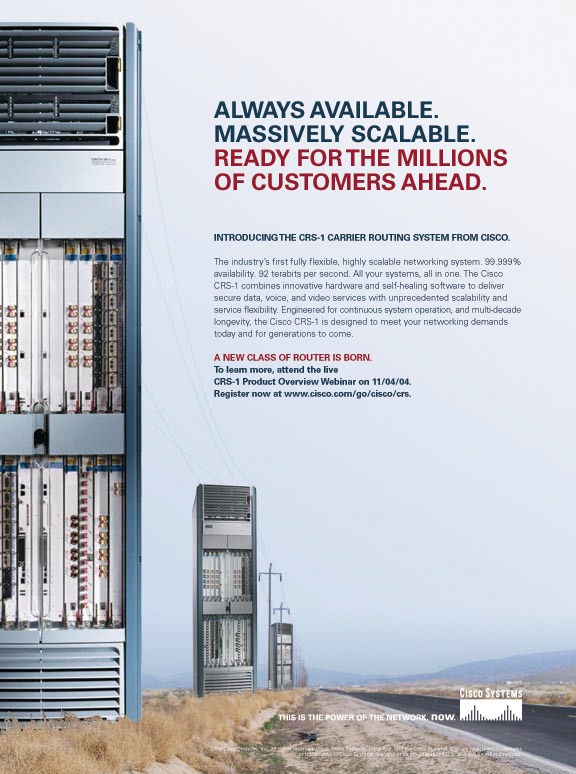 When Cisco Systems was preparing to launch the CRS-1, its state-of-the-art enterprise networking hardware, the technology was so new that even the client didn’t fully understand how it worked.

Cisco provided us with a stack of engineering documents that I culled down into a list of business benefits. The language in the documents was so dense, I literally had to cut them apart with scissors just to isolate the important information. At one point, my desk was just a pile of one-sentence clippings (I must have looked like a serial killer).

After selecting the points I wanted to hit, I began crafting the language, which was presented in the ad featured above. During the creative review, the client responded gratefully: “Um, I think you know more about this product than we do. Nice work!”